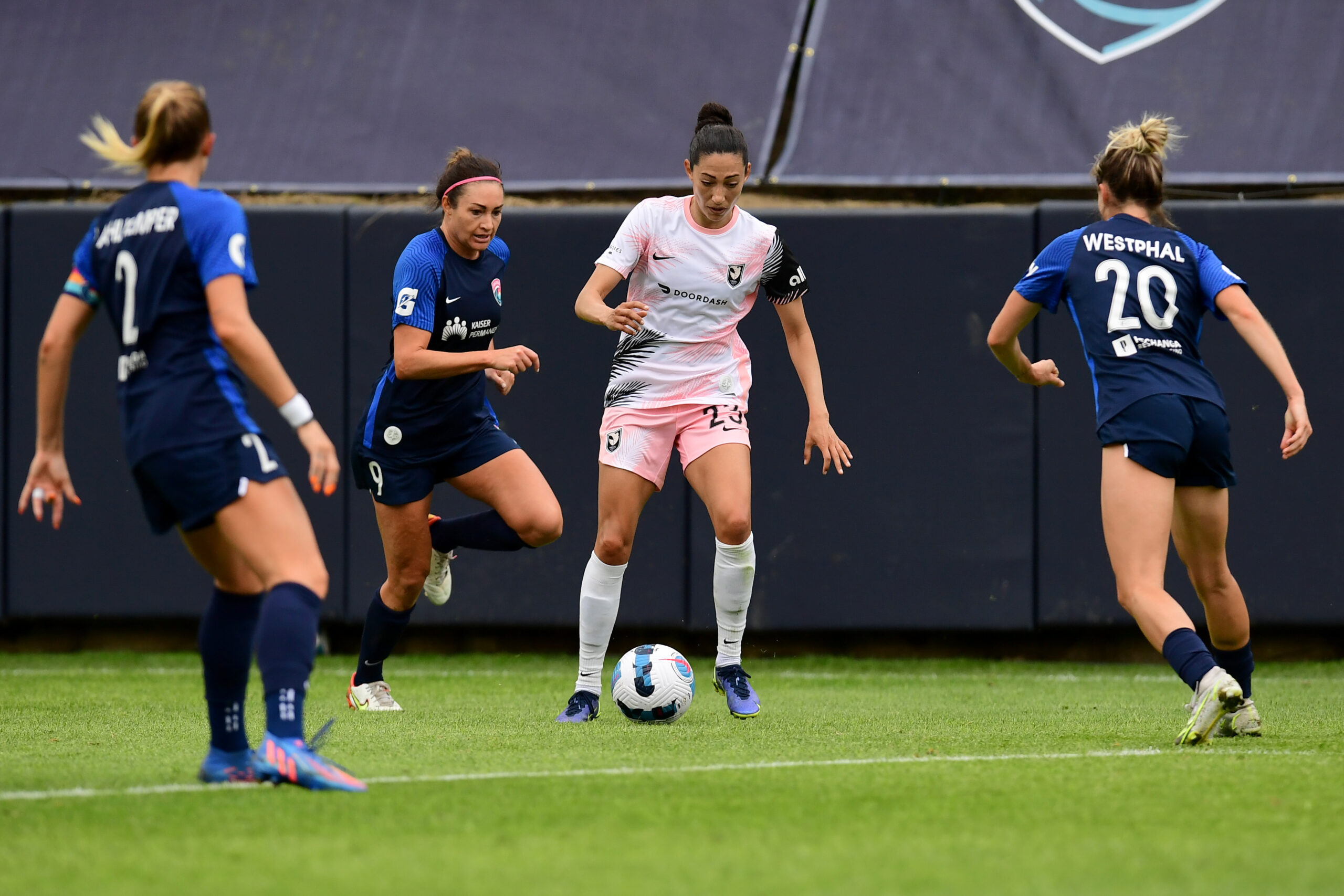 Four NWSL Challenge Cup matches were played on Saturday in the Central and Western Divisions.

The thin one: After exchanging goals early, San Diego surged ahead in the second half to earn a 4-2 victory over Angel City on Saturday at San Diego’s Torero Stadium. Alex Morgan scored a brace en route to victory.

A key moment: Morgan’s second goal, the Wave winner, was a spectacle from start to finish. The sequence began with a superb backheel pass from Taylor Kornieck to Christen Westphal, who sent a cross into the penalty spot. Morgan, completely unmarked, was ready and waiting, finishing with a perfect volley.

Inside the game: Saturday’s hilarious 90 minutes in San Diego served as a big ad for the first league game of the season on the main CBS network.

It was all San Diego in the first half. Jodie Taylor’s first match for Wave showcased her family association with Morgan, who played together in Orlando. But despite the dominant play, Angel City were given the equalizer in the 38th minute when a miscommunication at the back by Tegan McGrady and Wave goalkeeper Kailen Sheridan caused an own goal. With Sheridan moving in one direction and McGrady sending him a back pass in the other, the ball rolled into Wave’s goal.

But San Diego regained the lead moments before halftime when Morgan scored his first goal of the season for Wave. This time, Morgan took advantage of a mistake in the back by Angel City’s Ali Riley and made no mistake in finishing.

Angel City would equalize again before game time. Christen Press knocks down a cross in the box, and Wave’s defenders fail to close it in time. Press placed his shot perfectly, finishing past Sheridan for the first time this season.

After the tie, the momentum returned to the direction of San Diego. Morgan’s goal in the 72nd minute was followed by a fourth goal, this time from substitute Amirah Ali. The rookie managed to get past Angel City defender Vanessa Gilles (who otherwise had a strong 90 minutes on the day) and drove into goal. Ali slipped his shot under DiDi Haracic’s hand for his first professional goal.

It was a resounding win for Wave, who pressured Angel City early and often and didn’t panic after the disastrous first-half own goal. On the other hand, the visitors struggled to make things work smart throughout the game and managed just two shots (one on goal), compared to San Diego’s 15 shots, five of which hit the target. .

The thin one: Racing Louisville gets its second road victory in the first game of the year at Kansas City. Despite Current’s shot production, Racing was efficient with their chances to score three.

A key moment: Racing’s second goal, the one that really put them in control of this game after the early start, was the key moment of the match. The goal was emblematic of Louisville’s strong preparation and mistakes made by the KC defense.

Inside the game: Kansas City started this game at home as a stronger team, putting pressure on the visitors early on, forcing turnovers and keeping possession. Current’s outside defenders, particularly Hailie Mace and Kristen Edmonds, had a strong game, going high up the field to put up crosses and cutting inside to make plays. But ten minutes later, Louisville got the first goal, against the grain of the game. It came from Racing’s build-up game down the right side between Lauren Milliet and Emily Fox. The two took advantage of Mace’s advanced positioning and found space behind for Jess McDonald. This is something that Racing tried to take advantage of throughout the match. In this case, McDonald was able to drive to the baseline and deliver an incredibly dangerous cross that was so difficult to defend that he forced an own goal from a retreating Mace.

The home team continued to create good chances before and after the half-time break, but the end result was poor, as evidenced by 17 shots taken with just two on target, which rarely put Katie Lund to the test at the net. And an hour later, Racing once again stole the momentum from the Current, scoring against the course of play to double their lead. The goal exemplified some of the defensive struggles KC had in this game. With two rookies in the center of defense, communication and organization were lacking. Cece Kizer created space by entering the penalty area, drawing in defenders and sending in another dangerous cross that was not cleared properly, allowing Milliet to pounce. Co-captain Gemma Bonner would add the third from a set piece just five minutes later.

Racing Louisville did well to pick and choose their moments in this game, deciding when to push in transition and when to keep possession. They had almost as much possession as their opponents, but in front of goal they were lethal, taking four of their nine shots on goal.

It wasn’t just the loss that will worry current fans. At the end of regulation time, Mace fell for an extended period of time and had to be helped off the field. Having lost Lynn Williams to a season-ending injury, the Current can’t afford to lose such a crucial part of their offensive production in Mace.