One could easily argue that the automobile is the most important sculpture of our modern age. It is certainly the most widespread. Over the years, the most remarkable cars have become design icons and objects of passion. One of them is the Mercedes-Benz 300 SL.

Afghan-American photographer and filmmaker Daniel Malikyar interpreted this 1950s masterpiece in an art project commissioned by Mercedes-Benz. The series of photographs, accompanied by a short film, evokes the aura of these memorable machines at rest and in motion. Although only 27 years old, Malikyar is no stranger to old cars. When asked what he found particularly appealing about the 300 SL, the photographer explained: “Growing up, my dad drove a 1986 E 300. There was something about the feel, the smell, the sound of this car that connected me with Mercedes Benz. Paying homage to the 300 SL was a rewarding highlight.

There’s no doubt that the 300 SL is rewarding to behold. Manufactured from 1954 to 1957, the “Gullwing” coupe featured a brilliant 3.0-liter straight-six engine that produced around 215 hp in street form. It used 12 liters of oil and gulped fuel through its Bosch mechanical fuel injection system, a system as complex as anything designed at the time. In effect, the whole car was a rolling test bed for the future. Its tube chassis was as complex as the Eiffel Tower and was enveloped in a voluptuous bodywork that unofficially bears the name of its doors that fan out upward like wings. However, getting in, out, and driving one can be a bit tricky, especially in hot weather, as the side windows can’t be rolled down and, without air conditioning, it gets hot inside.

Mercedes-Benz manufactured 1,400 examples of the 300 SL coupé over four years before switching to convertibles in 1957, including 1,858 examples through 1963 (with three special orders completed in 1964). More user-friendly than its “Gullwing” counterpart, the Roadster drives like a much newer car and may be the most modern and enjoyable classic of the era. In both versions, reliability and build quality are key attributes that have kept both model variants at the top of collectors’ wish lists for decades. And the number available in the market at any given time is enough to sustain interest. The only barrier to entry is price, and the cost of a full restoration can easily reach seven figures. 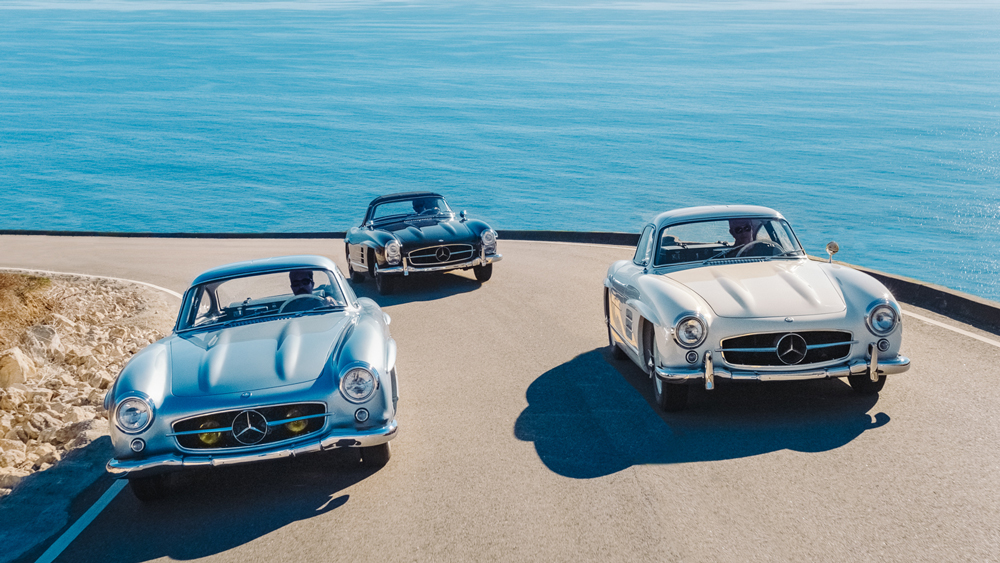 The value of a 300 SL, not to mention three of them, did not escape the photographer. Indeed, when Mercedes-Benz commissioned Malikyar to pull three on public roads, the cars arrived from Mercedes’ Classic Center in Irvine, California, on a transporter, accompanied by three professional drivers, a complete street closure permits and law enforcement to ensure safety and safe, but unhindered driving. These cars were a 1954 “Gullwing” in light blue metallic, a 1955 in white, and a 1963 Roadster in black. 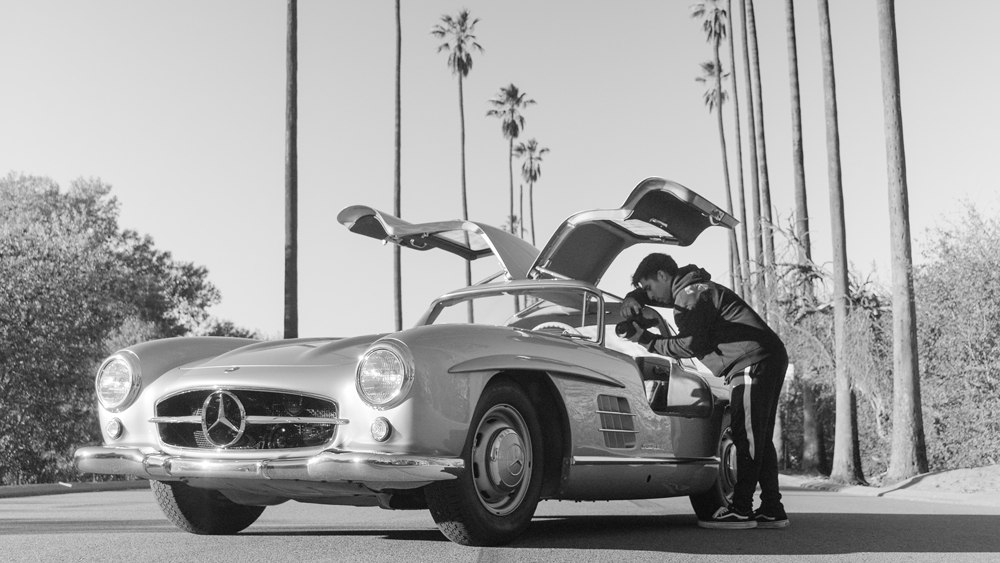 Photographer Daniel Malikyar covering all angles of the coveted model.

The sight of a single 300 SL on a concours lawn is a rarity; seeing a trio ride in an idyllic setting is from another world. “This project was a really crazy experience,” says Malikyar. “Mercedes only made 1,400 ‘Gullwings’, so having two with a Roadster pulling in the back along a deserted Malibu coastline at sunset seemed surreal.” So what is the perfect environment and road for a car like this? “My intention was to create a dream ride in an SL, a ride that encompasses beautiful scenery with no one on the road.” said the photographer. “The locations were carefully scouted and the road closures allowed us to evoke the feeling of the ultimate Sunday drive 60 years ago, while capturing the soul of the car… the spirit of the brand.

As a static object, the Mercedes-Benz 300 SL certainly inspires, but when it becomes a kinetic sculpture, enhanced by the sounds and smells of internal combustion, it spreads its wings and comes to life. “My goal each time is to capture a car at high speed. You can better portray the feel of the car when it’s doing what it does best,” says Malikyar, who acknowledges that in photos, freezing his a moving subject is quite different from photographing it when it’s static – on tarmac or on grass.” It’s also a lot more difficult technically. You have to shoot at slower shutter speeds and lean out of the way. “a moving chase car. I’m super detail-oriented, so it requires a lot of careful steering. It’s also more satisfying.” 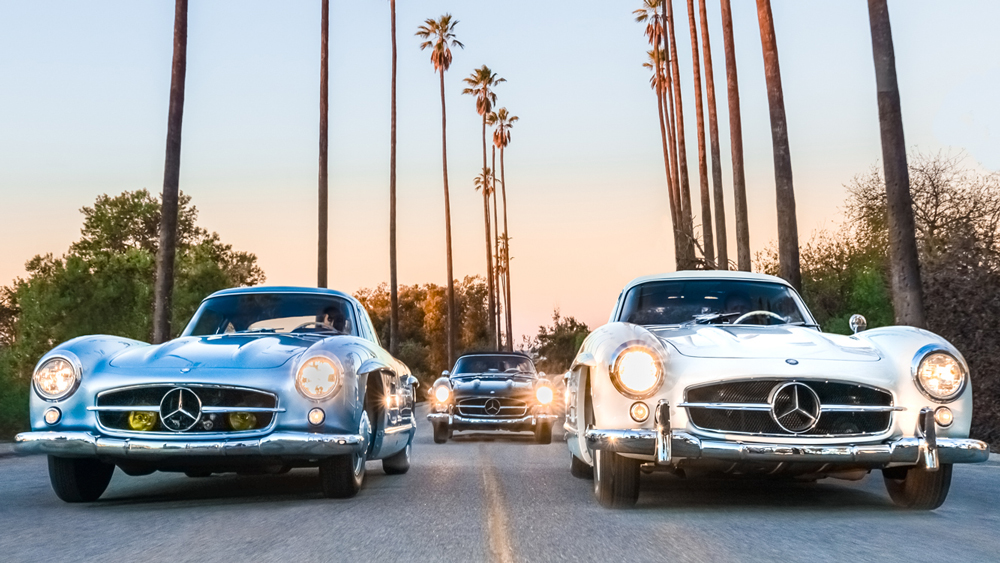 But the advantages of still photography have also been fully exploited with the Project 300 SL. “When you capture the stationary cars,” Malikyar explained, “it allows the photographer ultimate control, doing things that you couldn’t do in motion. Still images allow you to capture the car perfectly.

Photos notwithstanding, Malikyar produced a moving video that documents the moving vehicles, as well as behind-the-scenes footage of the photographer at work during filming. The photograph will be released as fine art prints available exclusively through Santo Gallery in Los Angeles.