It’s easy to think that enduro racing has been in our lives forever. The format of the race is very similar to your standard weekend ride with the crew. Spinning threads about life in the hills. Collecting those vertical meters for the sole purpose of flying downhill with the pack. Trying to avoid your friends passing you on the way and then celebrating the incomplete line choices at the bottom. 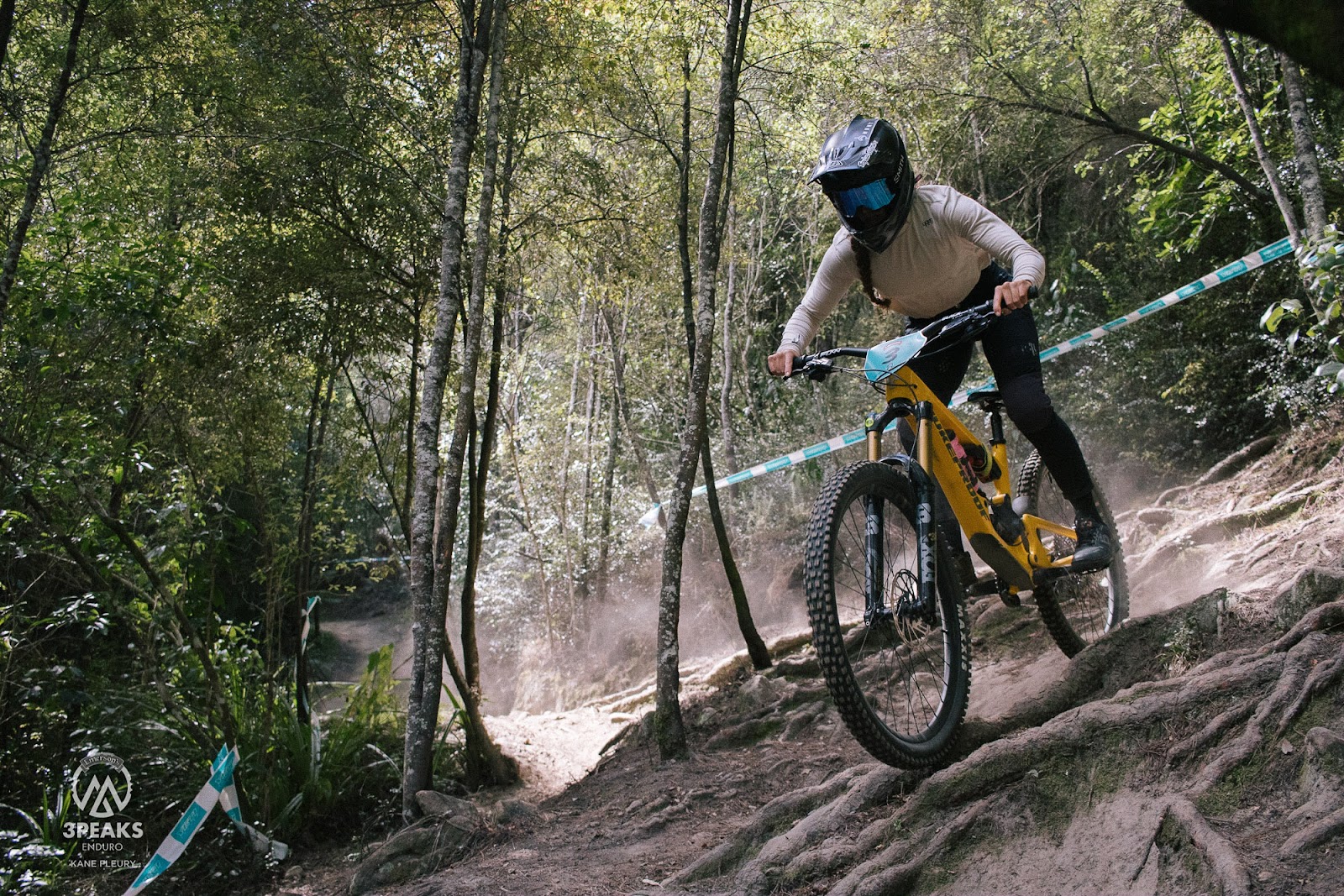 But in reality, this race format has not always existed. In New Zealand, the first such race was the 3 Peaks Enduro in Dunedin. this race Kashi Leuchs started enduro racing here in New Zealand with an event format that was in its infancy. XC riders and Lycra clad riders attended. The DH crew in their bulletproof vests and big bikes between their legs. Kashi very politely let these riders fly over the hills. It was the great mix of disciplines. The shuttle category is long gone, but it’s fair to say that the modern trail bike has grown along with the race. This was the 10th edition of Emerson’s 3 Peaks Enduro and it was set to be a pearl! 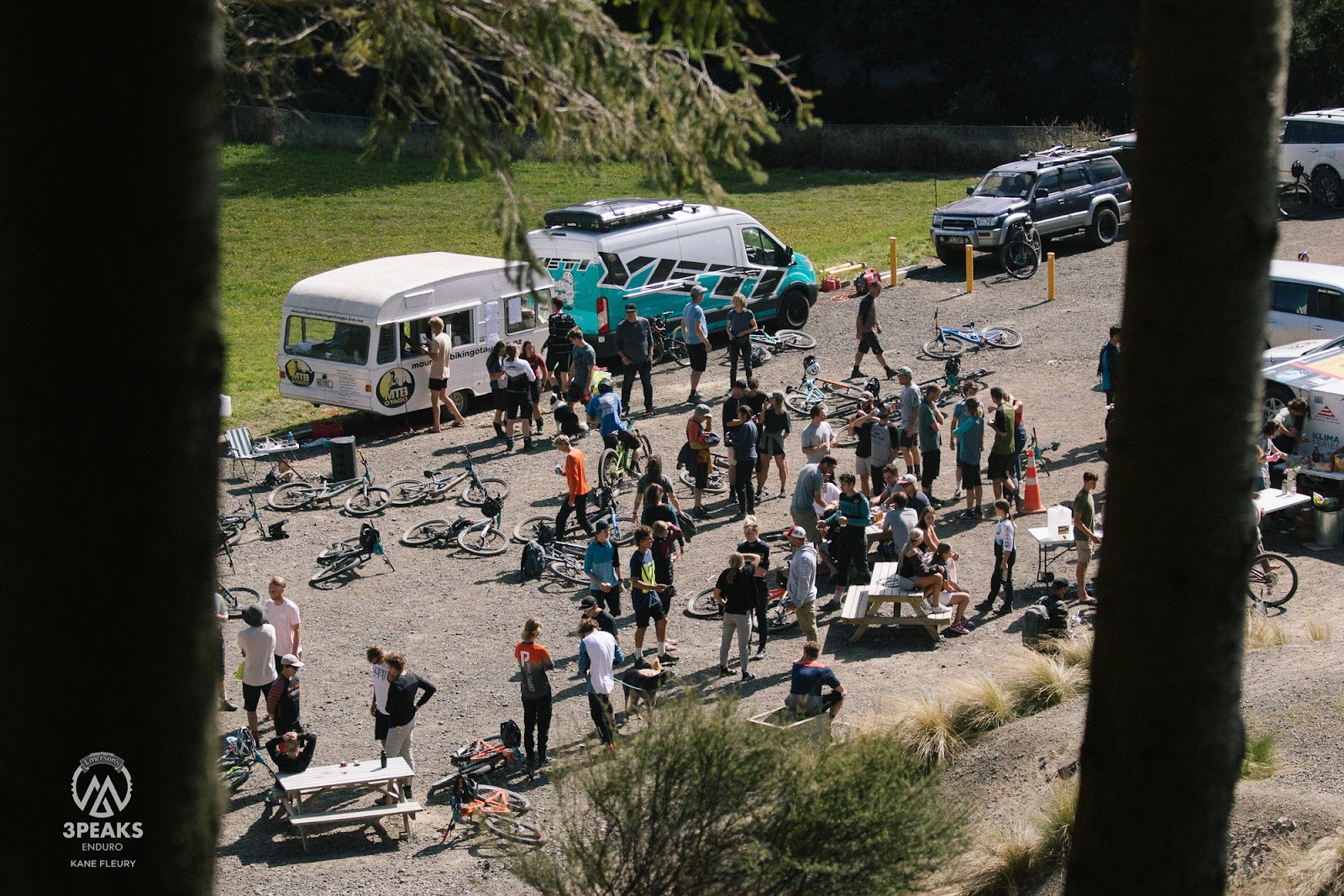 This year’s race was a little different than in the past. There are restrictions on how the events should be organized so the race had to be split into two waves of athletes, each wave having less than 100 riders with no mixing between waves of riders to minimize the spread of COVID amongst the community and help. protect those who are vulnerable. 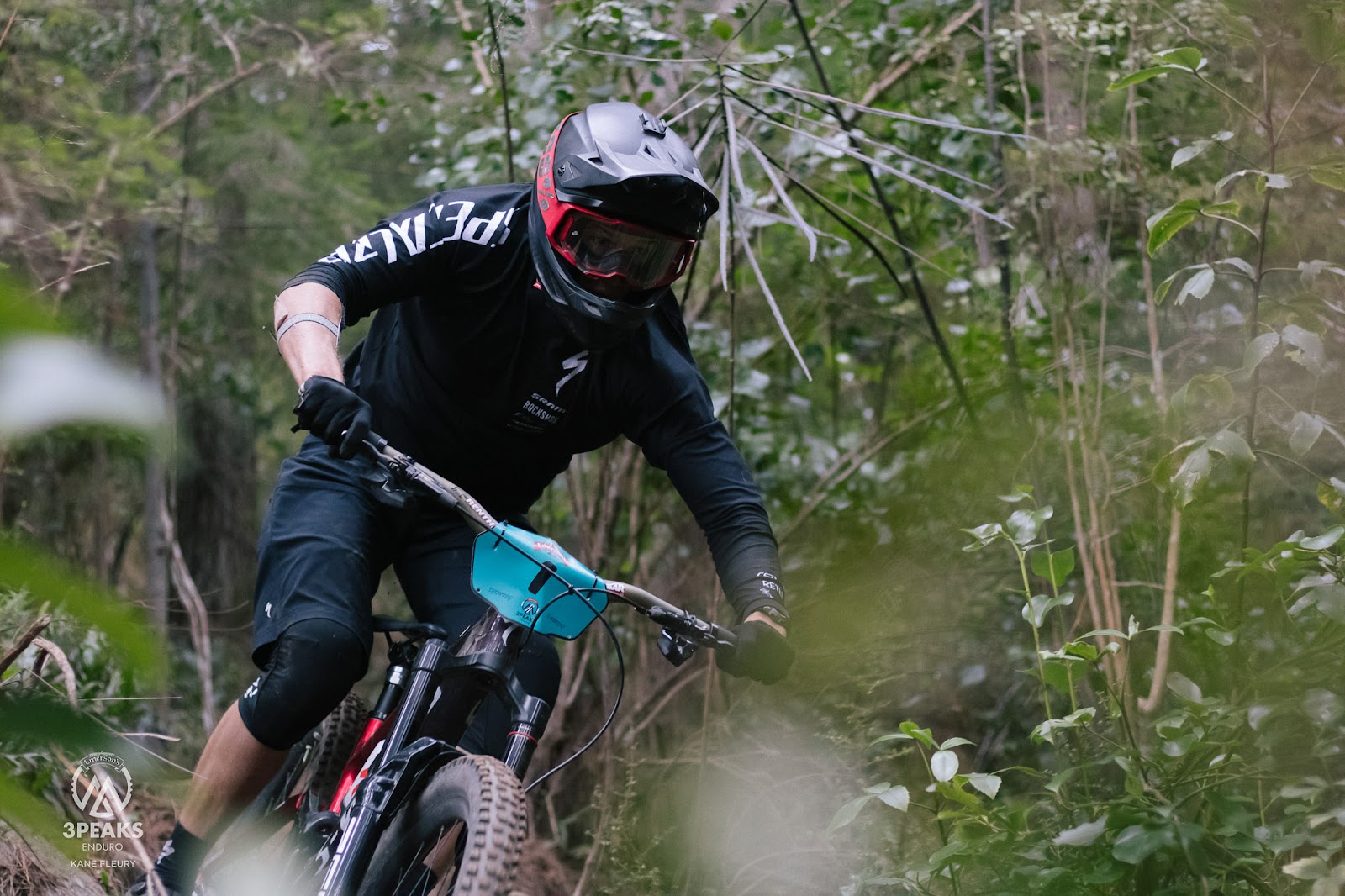 Due to these restrictions, the race was held at two of Dunedin’s riding venues. Saturday’s race was at Whare Flat, a pine forest that has recently had a trail development boom that allowed the use of 4 non-racing tracks. Sunday’s race was 2 laps up Signal Hill in the heart of the city. Dive in below for a photo-based race report with some video entertainment.

The riders awoke to the dreaded patter of rain on the roof. Luckily for the riders, it was a light rain. The rain did not even wet the ground or moisten the earth under the trees. The race was going to be nice.

After five stages of racing, the day concluded with Bradley Harris and Kate Weatherly as the fastest riders overall, but with some very small gaps behind them. Setting the stage for some tight times with limited chance of mistakes for Sunday’s stages.

Signal Hill entered the final two stages of the race wearing his number one. The trails were dry and dusty, allowing riders to have a hot time on a mix of the best downhill tracks. For Charlie Murray, it was “a bit of a shock to the racing system at Dunedin in the dry, but it was a welcome change”.

After another day of racing, those who managed to avoid punctures on the sharp rocks or slipping on roots posted fast times. There was an exchange of leaders between the fastest men. Charlie Murray managed to overtake Bradley Harris by 8 seconds and take the lead. Daniel Self was in 3rd.

Kate Weatherly took the top spot on the podium for the older women, 8 seconds ahead of Louise Ferguson. In third place was George Swift. 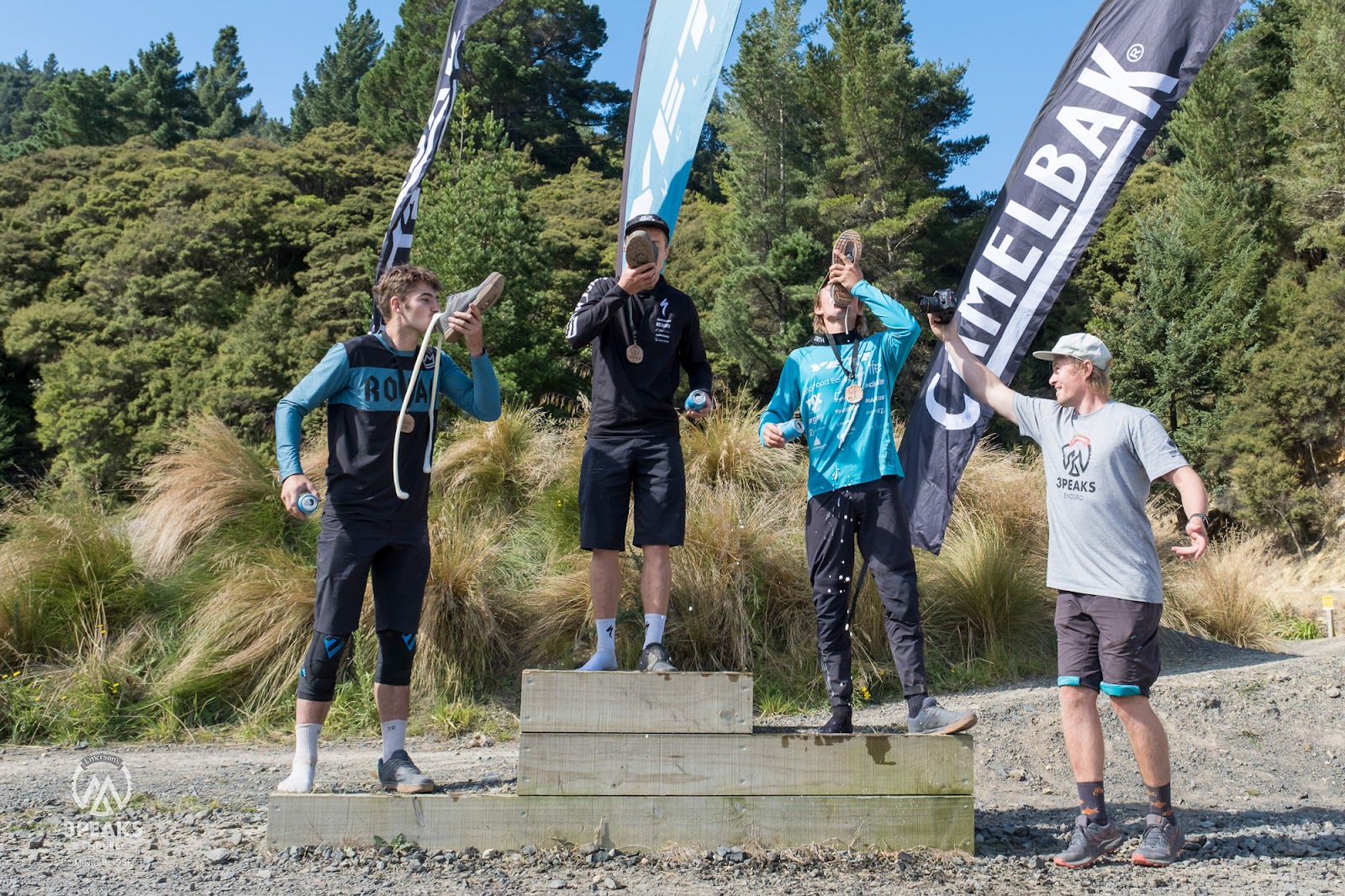 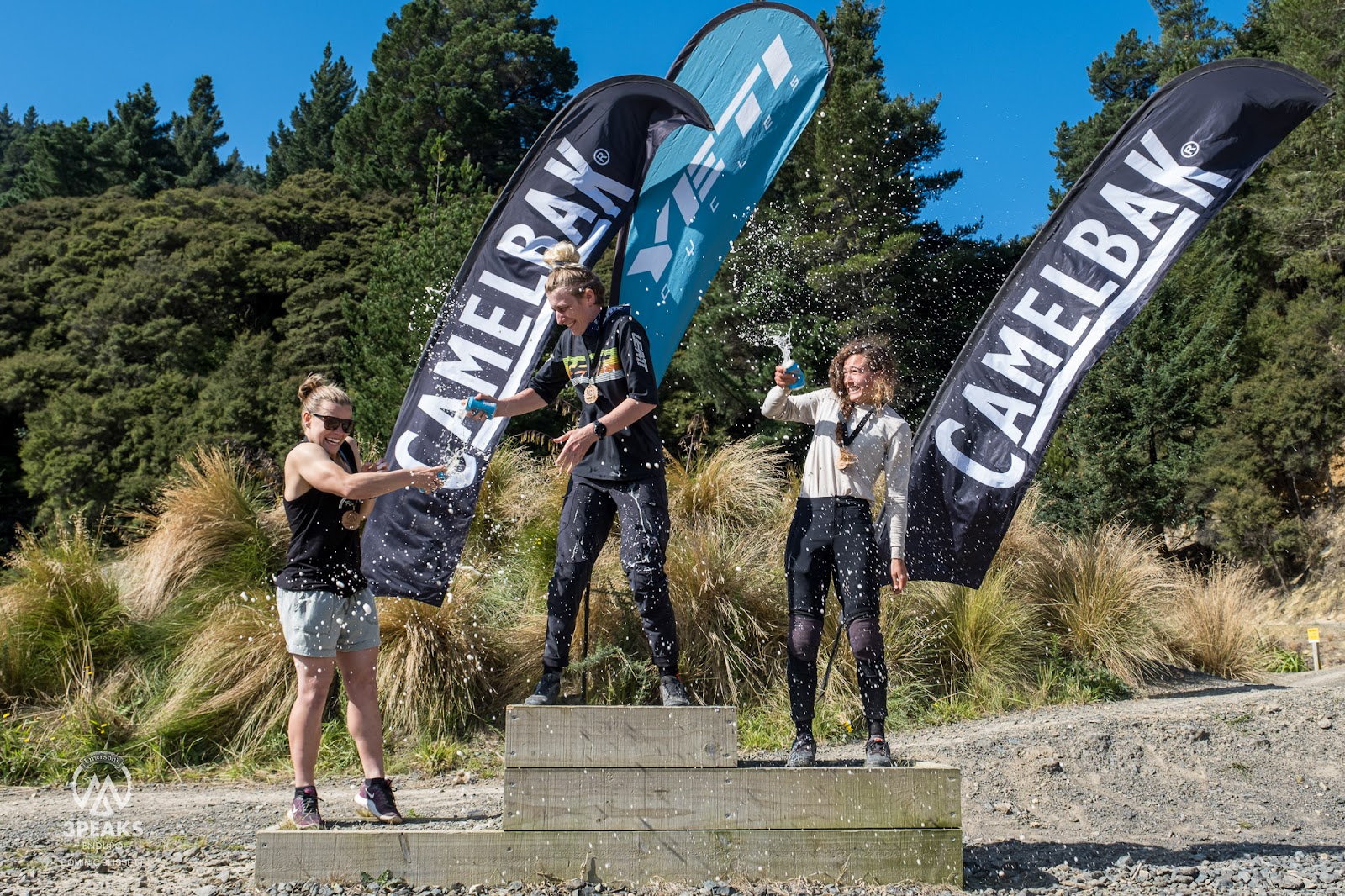 This race has a special place in the hearts of all enduro racers in New Zealand. It was the first such race in New Zealand. For Charlie Murray, “it was the event that got me into motorcycle racing” and for Kate Weatherly, the race was “probably one of the best race weekends I’ve ever had”. I will definitely come next year!”

So after 10 successful editions, many of which were EWS qualifying events, Kashi Leuchs handed the reins over to me.

“Honestly, it’s been the highlight of every year this crazy race that we do. So packed but so much fun. To the riders, those who helped me organize each year Robbie Bradshaw, Roshni Mistry, Kane Fleury and Tom Bradshaw, all the volunteers , sponsors and club [Mountain Biking Otago]. I would like to say a huge thank you. And I’m happy to see him continue with Kane. Time to finally race myself next year.” – Kashi Leuchs

See you the next year! Full results can be found here.