I drove the 2022 Toyota Highlander Hybrid Bronze Edition in January, which was a really bad time. Bronze seems like an odd choice for an Olympic year. Sure, it’s thematically consistent, but it also feels a bit self-deprecating. While it wouldn’t make much sense to call something with bronze wheels a “Gold” or “Silver” edition, we’ve already seen the liberties Toyota is willing to take with its model names. special edition. Surely something that didn’t suggest a third place was available?

The Highlander was delivered in freezing conditions that persisted throughout the week. It immediately reminded me of how long it takes to heat the cabin of a three-row crossover to subzero temperatures. The hybrid powertrain doesn’t seem to make things any better. The Highlander frequently started without the internal combustion engine, which seems problematic when you want to circulate coolant to run a radiator, but I’m sure Toyota engineers thought about it. And the seat and steering wheel heaters – which couldn’t rely on hot water from the engine – were equally sluggish.

But this warm-up time allowed me to familiarize myself with the cabin of the Highlander. The Bronze Edition is exclusive to the Hybrid. Based on the XLE, it’s available in one of three colors – Cement (which is exclusive to Bronze), Wind Chill Pearl (new for ’22) or Midnight Black Metallic (it’s black) – with a handful of bronze accents outside and inside.

This was my first time driving the new Highlander Hybrid, and aside from the aforementioned issues with cabin temperature, which I attribute to the simple reality of living with a big car in the Midwest, my biggest issue concerns the infotainment, which is based on the 8-inch system that’s standard up to the LE model (Limited and Platinum have access to a much better 12.3-inch unit). 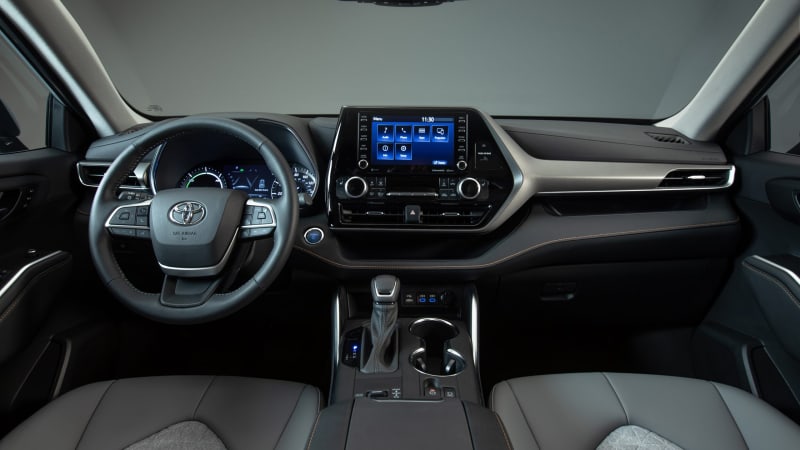 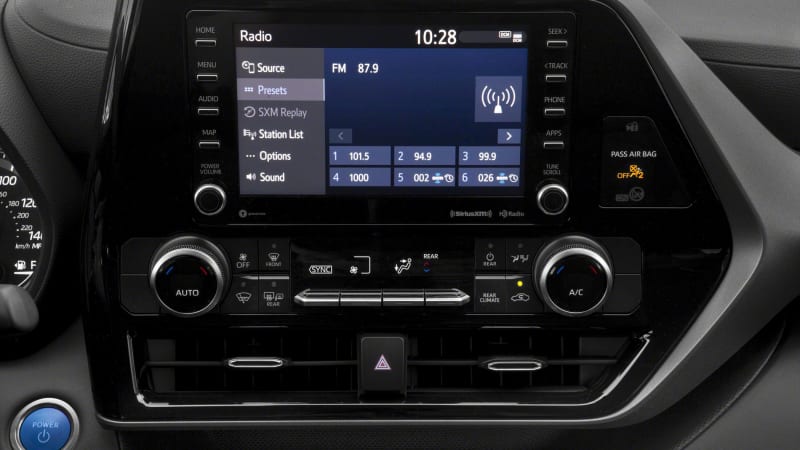 That said, the 8.0-inch unit still has a pretty impressive list of standard features, including Android Auto, Apple CarPlay and four USB charging ports. And since this tester came without the optional navigation upgrade, the tiny screen’s ho-hum display resolution isn’t exactly a bother. Still, it would be nice to see the 12.3-inch unit available further down the line as it’s a significant usability improvement (plus the Kia Telluride’s widescreen is now standard on all its range).

The strength of the Bronze Edition is that it’s based on the Hybrid, which is inherently advantageous in a segment where there are few. The Ford Explorer is the Highlander’s dynamic superior thanks to its RWD chassis and generally sportier tune, but you’ll pay thousands more up front and its combined figure of 27 mpg pales in comparison to the Highlander’s 36. . Even in the cold, the Highlander managed a combined 31 mpg during my short drive.

Most of that time was spent in snow, which helped the Highlander’s all-wheel-drive system stand out. While it had no trouble controlling the Hybrid’s 243 horsepower on cold, dry pavement, the white matter made things a bit trickier. Toyota says the Bronze Edition checks in at 4,515 pounds with AWD; it’s a bit of a mass to master. A decent set of snow tires would go a long way to improving winter confidence.

While there’s nothing particularly exciting about it, the Highlander Hybrid is as efficient as three-row gasoline SUVs. Its lack of edge makes it comfortable but not sloppy, and it’s the kind of cruiser that can do hundreds of insane highway miles with little effort – and longer stretches between fuel stops.